Firstly, welcome to 2020! I haven’t blogged in ages and I have myself to blame for that. I’m terribly sorry to all my followers. I’m happy to tell you, that I’m back and ready to do this Dating and relation-shipping thing with you. How bad can it be, right? hahaha…

Recently I had an opportunity to listen to a conversation of men who had one thing in common, these men were cheaters! Yep, all once married or still currently married and they came out to tell it all, well… debatable but they tried. brownie points to them.

Forget what they said, Here is what I took out from that conversation :

1.Men have two types of affairs… The emotional affair and the physical affair: You are asking what is the difference? Very smart question that does not deserve a bright answer! I’m just joking, well believe it or not most people are hurt by an emotional affair than physical affair. Emotional betrayal inflicts greater damage beyond just the relationship. Anyway, the reason I’m telling you this is because men thought it was irrelevant the fact that they had just a physical affair. These men kept saying ” it was nothing special, it was just physical” So i take it men don’t consider it a big deal if they are not emotionally invested?

2.Men tell more truth to the mistresses than they do to their wives: Mistresses know more about the married men than the wives. A man will tell lies to his wife but never to the mistress. The mistress will know where he is and with who always. She would know when things are not great at home, work or anywhere else… and this right here, is a very important lesson. Master the environment of a man, and win the game!

3.Men don’t just have an affair for the sex of it but they have affairs because of how the other woman makes them feel about themselves. Precisely what I just said, Master the environment of a man and you win the game, manage how the man feels around you and the rest is history. Look , ideally, we don’t want to be managing adults, period! For those who are interested though, here is a simple truth . We all flourish where and when we are adored!

4.A lot of them said they had an affair not because the wives “neglected their wifely duties “. Good sex won’t stop a cheating man ladies! These men said they had  amaizing sex lives at home but still cheated🙄 they kept saying it’s not because the mistresses “were anything special ” which puzzled the eish out of me.. Why cheat with a non special person and risk it all? 🤔 . Save your good sex! It’s not gonna magically fix it like we have been told.

5. Married men are the most wanted!  ladies,If it wasn’t for our principles and values, a lot of us would be dating married men. You know why? We often feel safer around married men ! Yes I said it!! And that is the truth. Besides everything else that you know about married men. Married men are more romantic than single guys, they make an effort to create their fantasy unlike single guys. Although I question if they practice the same romance at home? 🤔 Married men also have more social lives so it seems they are easily accessible than single men. Hence a lot of women are now saying they get approached a lot by married men. So this right here, makes it so easy for these married cheaters! Who’s to blame?

Did the shoe fit ? Same script different cast?  blah blah blah…if you think there is even a solution for a cheating man either than himself… then I have no words for you. Go solve that puzzle alone. There is no solution for any cheater period! We find people to change for and with… maybe you have just not been worth the change, that’ all. Nothing personal about cheating, people cheat because they want to.

Save your loyalty for someone that deserves it! You decide who that is.

What you can read next 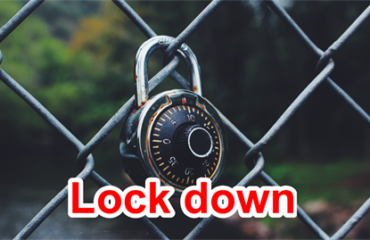 My name is Makabelo Motaung. I am an experienced, Social and Dating Coach, Motivational Speaker and Relationship Expert. A regular Contributor at one of the most watched TV shows on SABC 1 Mzansi Inside and daily Thetha. A residential coach for Power FM, Cape Talk as well as VOW FM ( Radio) and I’m also a resident advice columnist for FullFlair Magazine, Star News Paper, Destiny Magazine and Cape Argus. I also facilitate Goddess Gatherings.